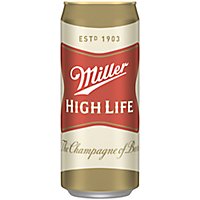 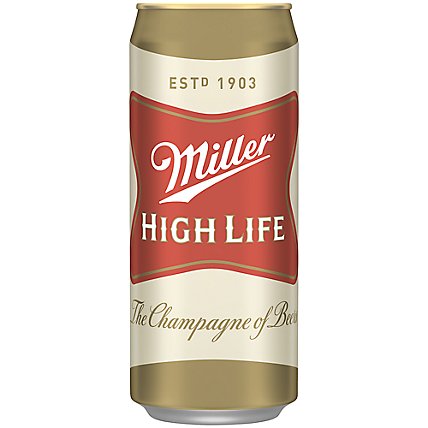 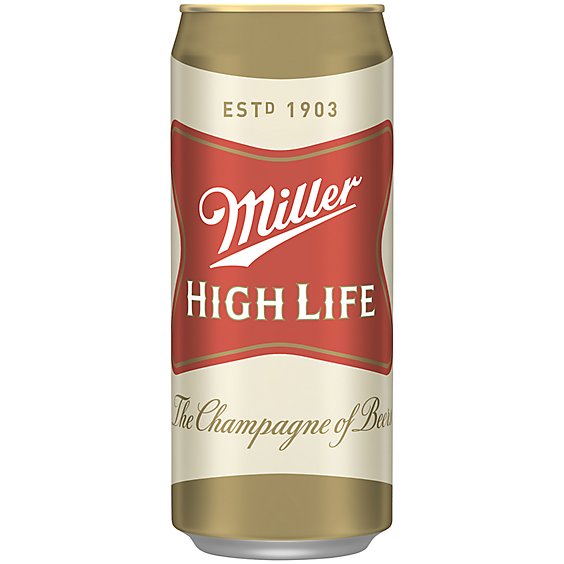 A favorite among bartenders, brewers and beer lovers in general, Miller High Life was launched as Miller Brewing Company’s flagship beer in 1903. Its crisp, easy-drinking flavor is the epitome of the American lager category. True to its original recipe, it’s brewed with a proprietary blend of malted barley, Galena hops from the Pacific Northwest and Miller yeast. Introduced in 1903, Miller High Life is the oldest Miller Brewing Co. brand, inspired by Frederick Miller’s belief that great beer should be within everyone’s reach, regardless of class. For over 100 years, Miller High Life has been known as the Champagne of Beers, brewed to be the best of its kind. Served in the same iconic champagne-like Bottle since 1903, and brewed with light-stable hops so quality is not compromised when served in its clear Bottle that shows the beer's golden color and signature effervescence. As the Champagne of Beers, Miller High Life is the perfect balance of flavor and refreshment - it's crisp, with a slight sweetness balanced by bitterness and its signature effervescence. It's what American Lager was born to be. It's the perfect beer for celebrating any occasion big or small, whether with a 12 pack or a 30 pack, for a holiday party or New Years Eve Party, a Memorial Day barbeque or cookout, or to just stock your bar or pantry. Light & Refreshing. 4.6% ABV.

Contains: GOVERNMENT WARNING: (1) According to the Surgeon General women should not drink alcoholic beverages during pregnancy because of the risk of birth defects. (2) Consumption of alcoholic beverages impairs your ability to drive a car or operate machinery and may cause health problems. ABV may vary by location