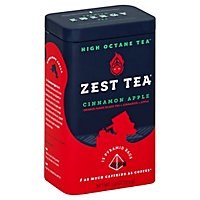 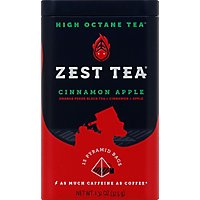 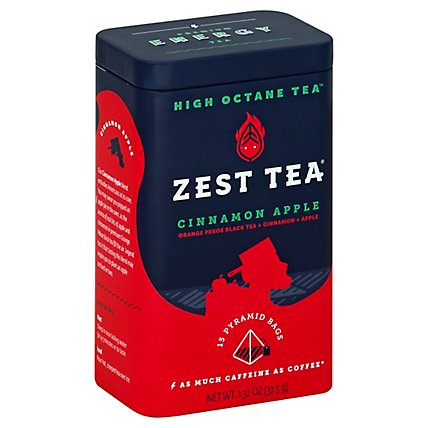 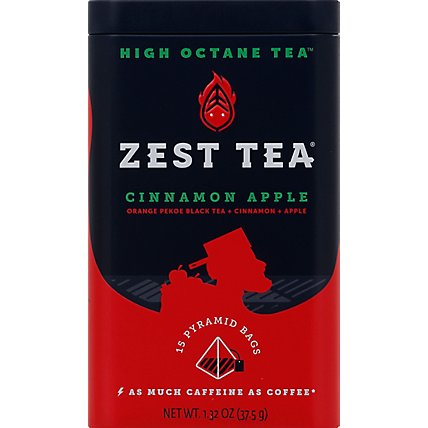 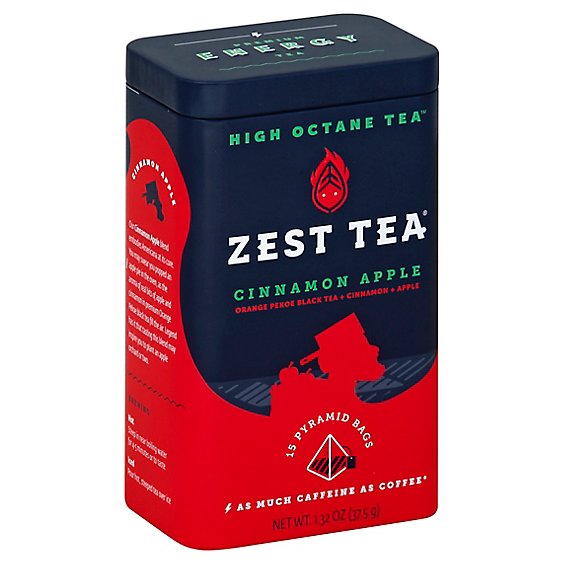 Orange pekoe black tea + cinnamon + apple. As much caffeine as coffee. The rush without the grind. Our tea has as much caffeine per cup as coffee, and about three times the levels of traditional tea. L-Theanine, a rare amino acids found in Zest Tea, helps prolong the energy and alertness, while reducing the jitters and crash associated with most caffeinated products. Our Cinnamon Apple blend embodies Americana at its core. You may swear you popped an apple pie in the oven, as the aroma of real bits of apple and cinnamon in premium Orange Pekoe black tea fill the air. Legend has it that tasting this blend may inspire you to plant an apple orchard or two. Caffeine Levels Per Cup: Zest Black Tea (155 mg). Instagram: (at)getzestea. ZestTea.com. Winner worldteaexpo. Best new product. Non GMO Project verified. nongmoproject.org. Gluten free.

Brewing: Hot: Steep in near boiling water for 4-5 minutes or to taste. Iced: Pour hot, stepped tea over ice.