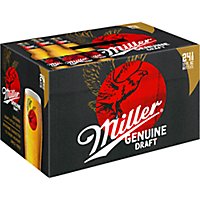 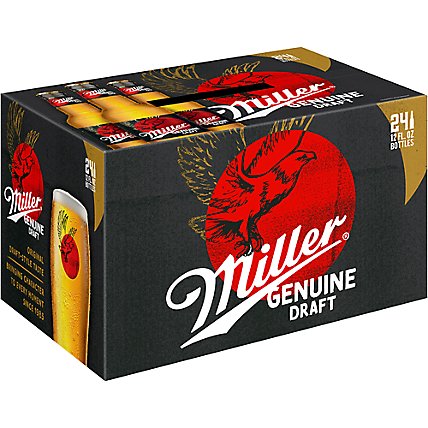 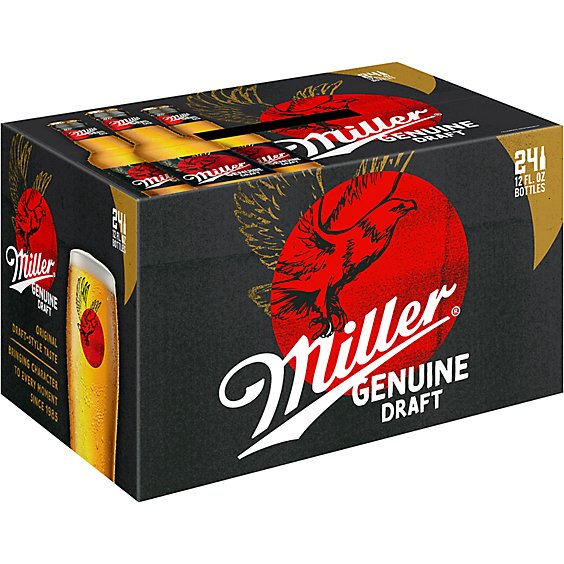 Miller Genuine Draft delivers a fresh from the tap taste through its proprietary "cold-filtered four times" brewing process. Introduced nationally in 1986, this American domestic beer was born as the original cold-filtered packaged draft beer. Today, Miller Genuine Draft is reinforcing its status as the best draft beer in a Bottle. Light and refreshing, it's perfect as a summer beer, as well as great for all other occasions.

Contains: GOVERNMENT WARNING: (1) ACCORDING TO THE SURGEON GENERAL, WOMEN SHOULD NOT DRINK ALCOHOL BEVERAGES DURING PREGNANCY BECAUSE OF THE RISK OF BIRTH DEFECTS. (2) CONSUMPTION OF ALCOHOLIC BEVERAGES IMPAIRS YOUR ABILITY TO DRIVE A CAR OR OPERATE MACHINERY, AND MAY CAUSE HEALTH PROBLEMS.